The Cleansing Pool is an Interactible that can spawn in select environments. Functioning similar to a 3D Printer, Cleansing Pools will exchange a random Lunar item held by the player for either a

Increase ALL of your stats.
Increases ALL stats by 10% (+10% per stack).. The player must have at least one Lunar item to activate the Cleansing Pool. 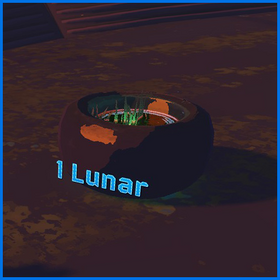